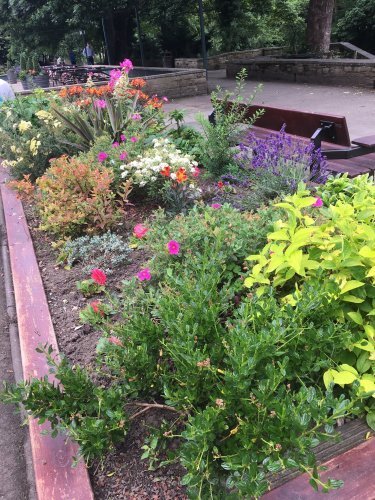 We are now in the last part of our  2021 FOIRP Competition, and we are looking for photos for the Autumn season for our 2022 Calendar.

Would you like to see your photo on the front of the Gazette? Details of how to do this are below. There  are already winners for each of the other 3 seasons but could an Overall Winner at the end of year come from the Autumn photographs?  If you want to see the winners from the other seasons then go to the FOIRP Facebook page and you will find them there.

.Ilkley's Riverside is home to a huge range of wildlife, flora and fauna, so why not try capturing it and entering our competition?

There are 4 separate competitions broadly representing the seasons of 2021 with the intention to reflect the changing nature of the Parks throughout the year. Entries should be emailed to foirpphotocompetition@gmail.com in a JPEG format and the email should include the full name of the entrant as well as their age. Entry is open to all, but those under the age of 18 should have received permission from a parent or Guardian. For entries, to the autumn competition, they should be submitted by midday on the 22nd of October. The top 20 submissions from each season will then go to an online poll circulated to FOIRP's social media pages, people will then be able to vote on their favourite image, with three final winners for each season. Out of the three final winners of each competition at least one will be from an entry submitted by a U16. The polls will be circulated in the week after the submission window for that season has closed. After the Autumn winners are decided, there will be 12 final winning images for inclusion in the Friends Of Ilkley Riverside Parks calendar 2022. Out of the 12, FOIRP subscription members will vote for an overall winner to appear on the front cover of the calendar; to join FOIRP please visit the membership page of our website.

By submitting an entry you agree to the terms and conditions below. All enquiries should be sent to foirpphotocompetition@gmail.com with the word "enquiry" in the subject.

1. Friends of Ilkley Riverside Parks decision as to the eligibility of individual photographs will be final.

2. Photographs entered must be taken in the defined area in the competition summary.

3. Entries should be submitted to the email in the competition summary in JPEG format, the email should include the full name of the entrant and their age.

6. All entries must be the original work of the entrant. The entrant must be the sole owner of the copyright in all photographs entered and must have obtained the permission of any people featured in the entries. Where a property, belonging to someone other than the photographer is featured, or it has been taken on private land the photographer must seek permission.

7. We are looking for original photographs, so entries must not have won any competition prize previously and entrants must not be professional photographers.

8. Entrants whose photographs are one of the final 12, also agree to take part in post–competition publicity. No fees will be payable for any of the above uses.

9. By entering, entrants will be deemed to have agreed to these rules.

10. Friends Of Ilkley Riverside Parks is not accountable for the actions of those entering this competition.

11. Entrants must not do anything to cause distress to any animal or damage its habitat, whilst trying to take a photograph.

12. Submissions by those under the age of 18 should have received permission from a parent or Guardian.

13. To be included, all entries should be submitted by the date and times in the summary above.

14. Submitted photographs do not have to be taken during the time the competition is running, they can be ones you have taken previously. Though they should be of good image quality.

15. The competition is open to all amateur photographers.